I would like to take this opportunity to personally extend my welcome to you and your family into the Holland Public Schools for the 2019-2020 school year. Thank you for selecting our school district as your district of choice for educational excellence. Our highly skilled and compassionate staff, leading edge programs, and partnerships with our committed community extend our legacy of success now for over 170 years.

I recognize that parents have many choices for the education of their children. At HPS, we take great care to honor and respect the responsibility that we have to educate the children of our community.

In the past decade, we have studied and implemented many new effective innovations that will prepare our students for an ever-changing world. This includes:

In addition to our programs; we have a learning environment where students and families from nearly 40 countries, speaking nearly 30 different languages, come together to learn each day. We place great value in our cultural diversity and view this as a defining strength as we prepare our students for the future. Alumni frequently share with me that this learning experience in HPS prepared them well for careers and continued learning in a diverse and ever changing world.

Again, welcome to Holland Public Schools. It is great to have you part of our family and rich traditions. We have great students with even greater potential. I hope that you quickly learn and affirm why HPS is Right for Me! If there is anything that I or a member of my team can do to support you or your child, please do not hesitate to reach out to us. Your success is our success and together, our learners will do amazing things. 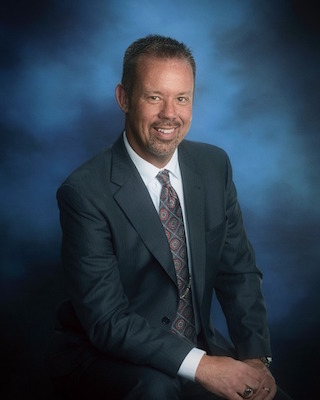 Superintendent Davis was born and raised in Hillsdale County. He grew up on a forty acre farm assisting his parents in raising crops and livestock throughout his childhood and high school years. He was very involved with 4-H and many extra-curricular activities in high school, especially in music. In high school, he was the drum major of the marching band for three years and was the recipient of the John Phillips Sousa Award. Following his senior year in high school, Dr. Davis was selected to play with the Michigan Lion's All-State Band as an alto saxophonist. This statewide band was comprised of over 300 talented musicians. As a participant in this band, he was able to travel to China, Hong Kong, and Taiwan as part of the International Lions Convention held in Taipei, Taiwan.

This was the beginning of Superintendent Davis' cultural exchanges. He also had the opportunity to study the teaching of reading his senior year in college at the University of Western Australia, in Perth, Australia. His student teaching experience was in Southampton, England. He also co-lead a People to People delegation to the People's Republic of China in 2007 to study language acquisition. These educational travel experiences have lead to his love of travel in general now having visited over 40 different countries. At the heart of his travel, he enjoys learning about the culture of each country visited and understanding of the education system each country provides to its children.

Superintendent Davis is a first-generation college graduate in his family. Working many part-time jobs throughout high school and college, he was able to pay for his college education. His first degree was earning a Bachelor of Science in Education from Central Michigan University with a major in mathematics and a minor in reading. His teaching career began in 1992 with Jonesville Community Schools where he taught sixth-grade math for three years and second grade for one year.

Superintendent Davis’ career transitioned in 1996 into guidance and counseling following his completion of a Master of Arts from Eastern Michigan University in K-12 School Counseling. Dr. Davis worked with Zeeland Public Schools at Creekside Middle School for four years as a middle school counselor and teacher.

In 2000, Dr. Davis began his career at Holland Public Schools as an elementary principal at Lakeview School. This followed his completion of his Educational Specialist Degree from Michigan State University in Educational Leadership. Since this time, Dr. Davis has served as the Assistant Superintendent of Teaching & Learning for five years and his current tenure as Superintendent of Schools. Dr. Davis completed his Ph.D. at Western Michigan University receiving a Doctor of Philosophy in Educational Leadership, Research, and Technology.

Superintendent Davis was named by the Michigan Association of School Administrators as the 2011 Michigan State Superintendent of the Year. Since this acknowledgment, he has had the opportunity to participate on the state and national level in assisting in shaping education policy and school reform efforts. He currently sits on the Executive Council of the Michigan Association of School Administrators and the Executive Council of the Middle Cities Education Association.

Dr. Davis volunteers his time in several community non-profit organizations where he is or has served on the councils and board of directors including: City of Holland Human Relation Commission-Community Network for Education, Cradle to Career, Destination Education, Holland Historical Trust, Kids Hope USA, Model Communities, Ready for School, Rotary, Leaders of the 21st Century, Tulip Time Festival, Wavecrest Career Academy, the West Michigan Chamber of Commerce, Movement West Michigan and Talent 2025. He is also presently serving on the Michigan Association of School Administrators Professional Growth and Leadership Committee and the Michigan Department of Education's Excellent Educators Advisory Group.

Dr. Davis is active as a strong advocate for public education staying on top of legislative movements that impact public education from policy to funding. He served as a school leader as part of the Michigan School Finanace Research Collaborative in addressing the base funding needed in Michigan to provide quality education and services aligned with the Michigan Standards and Top 10 in 10 initiatives.

"In addition to my time with current students in our schools, I really enjoy connecting with alumni from Holland Public Schools." Feel free to share your alumni story with him by emailing Dr. Davis